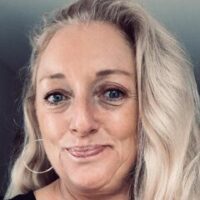 Charlotte joined the Stuart Dean Board of Directors in May 2021

Charlotte has over 22 years in the facilities services & management industry working in leadership and executive roles with national and global organizations, including Sodexo, ABM, OneSource, and ISS.

In October 2020, she founded Guest Blueprint, a boutique, client-centric advisory firm. Guest Blueprint focuses, in the main, on companies in the aviation, sports & entertainment, commercial real estate, and education industries. The central focus of Guest Blueprint is to bring world-class solutions to enhance the global guest experience through increasing cleaning and HVAC efficiency for client organizations and optimizing operational footprint for international expansion.

Charlotte has held many key roles aligned with her leadership interests and principles. These include promoting openness in communications and gender parity – she has mentored many leaders in these matters. Further, Charlotte was a member of Sodexo’s North American Regional Leadership Committee, with other segment CEOs, in determining overall strategy and deploying global initiatives for the $11B US region. In addition, invited by Sodexo’s Chairwoman, Charlotte was a part of its SoTogether initiative, joining 35 senior managers representing 15 nationalities and business segments to promote and mentor women in senior positions globally. In keeping with her interests, Charlotte was the executive sponsor for Sodexo’s Organization of Latinos (SOL), dedicated to developing Latinos through education and mentorships programs, and founded the ABM Women in Leadership Council in 2014. More recently, Charlotte, joined the Board of Directors for Synergy4WBO. Synergy4WBO is a mentoring and marketing platform helping minorities, underprivileged, and women small business owners scale up and achieve success with the right resources.

Charlotte holds a BS in Business Administration from Susquehanna University in Pennsylvania with a minor in Spanish and completed a year of Advanced Spanish from the University of Malaga, Spain.