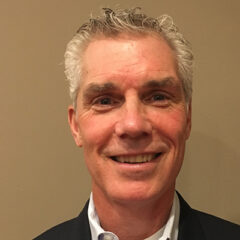 Mr. Halstead has over 25 years of experience building high-growth venture capital and private equity-backed companies as a CEO, COO and CFO. He is currently an advisor and consultant to growth companies, an active investor and serves on the Board of Pendella Technologies. He is also a member of the Board of Trustees of Vital Strategies, a global public health non-profit that strengthens public health systems.

He previously served as chief financial officer and head of customer operations for Viator. At Viator he led the finance, customer operations, analytics, legal and human resource functions prior to and through its sale to TripAdvisor (for $200 million). Previously, he was the chief executive officer of WageWorks, where he helped grow the company into the largest provider of consumer-directed health spending and savings accounts. During his time at WageWorks, the company was twice rated among the top 30 in Inc. magazine’s list of the 500 fastest-growing private companies. Prior to WageWorks, he was the chief operating officer of eBenX, a then publicly traded company and led it through its IPO as its chief financial officer.

Mr. Halstead holds a bachelor’s degree from Northwestern University and an MBA from The Wharton School of the University of Pennsylvania. He lives in San Francisco with his wife and two children.